We will be visiting Swanage for the weekend, most probably camping , there are lots of camp sites. But if there is demand for B&B or the Blockhouse I will try to arrange that. Swanage has lots of cafes, restaurants and a good fish and chip cafe. It is a sheltered bay with a small Pier. We will be launching from the Public Slipway with the RIB.

Visit one of the most popular wrecks in the South West, The Kyarra. The wreck is at about 32m depending on the tide and about two miles from Swanage. Suitable as an ‘experience’ dive for Sport Divers and anyone with more experience. 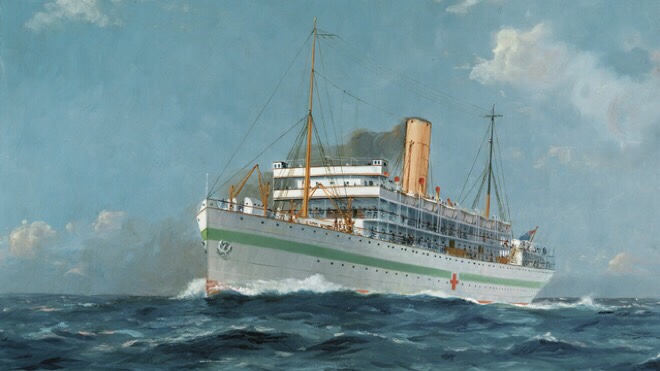 Painting of the Kyarra

On 5 May 1918, Kyarra was sailing from Tilbury to Devonport to embark civilian passengers and take on full general cargo. However she was sunk by UB-57 near Swanage with the loss of six lives on 26 May 1918.

The captain of UB-57, Oberleutnant Johannes Lohs, died at sea, aged 29. Lohs sailed from Zeebrugge on 3 August 1918. The last contact he made with base was on the evening of the 14 August 1918. At the time UB-57 was homeward bound. She was believed to be in the area of the Sandiette Bank, east of the Straits of Dover. It is thought UB-57 hit a mine. Lohs’ body subsequently washed ashore and today he is buried in the Ysselsteyn German war cemetery, Netherlands.

LATEST…… This trip is still being planned, we will hit another wreck, HMS Carantan that is 500m from the Kyarra and so not dived as much, it lies at about 30m depending on tides. This was a french Anti-Submarine vessel that was taken over by the Free French Navy. Did you know the Free french Navy had a base in Brixham? seized by the Royal Navy from occupied France in 1940, this 400-tonne submarine chaser was 120ft long with a narrow beam of just 20ft. By December of 1943 she was operating under the control of the Free French and was escorting a submarine towards Portsmouth when a fierce storm caused her to capsize. This tragic outcome may have been speeded along by a large Boer War-era gun bolted to her foredeck and top-heavy brass plating used for her superstructure.

Wreck layout for the Carantan

I am also trying to put on a couple of easier scenic dives, one on Saturday morning under Swanage Pier and one on the way home on Sunday afternoon at Kimmeridge, this will either be a shore dive or we could launch the boat and go to Kimmeridge Ledges.

I am also finding out how much Divers Down in Swanage charge to take us to the Kyarra and the Carantan. In that way we won’t need to take the RIB and this will save the fuel there, Parking, Launching fees and fuel for the RIB. The trip on a Hard Boat from Swanage Pier is £28 per wreck. 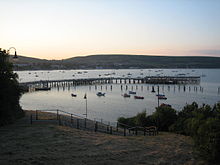 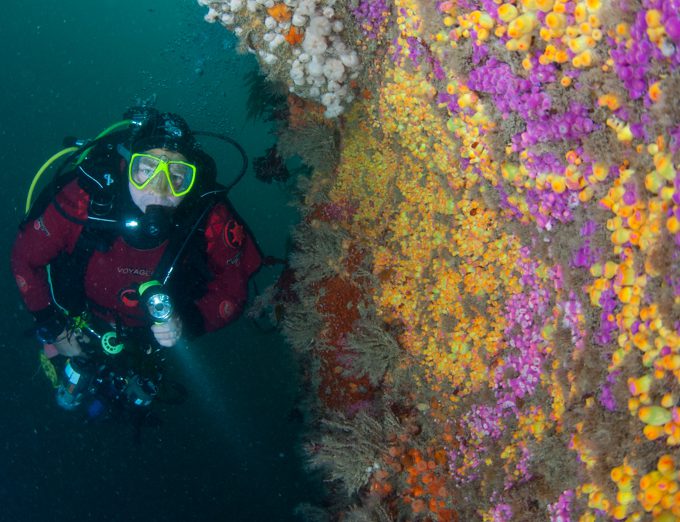